This is my is my fifth Kumiorcon and defiantly one of the better ones.

Friday Day zero:
Normally I would not report on this day. I was ready for the long line of doom to check in after work. I had loaded my mp3 player with tons of podcast. It was a surprise to only wait no longer than 5 minutes to pick up my badge. I had ample enough time to watch most of Trigun: Badlands Rumble.

I had to go down to the convention space early for the panelist meeting then I lounged around until opening ceremony. There was not much to opening ceremony. The I just hung around at the Funimation industry panel and the finally got to see the Anime Hunters. The Anime Hunters are an entertainment troupe that have many enthusiastic fans at Kumoricon. I wanted to see their show during past Kumoricons, but Icould not due to scheduling conflicts. I had set my expectations high but they did not meet them. It like getting the gadget one ones for Christmas to realize is that all to it? That was how I felt about the Anime Hunters; it was just not my thing.
Next was the AMV contest , one of the best in years, it was hard to vote for the best in each category and best in show. Winners of the AMV contest is by audience voting in each of the category. After the contest and AMV show, I went to a nice Thai restaurant and lounge around until the Often renamed panel. Afterwards I call it a day.

Sunday Day Two:
Like every year this day started with a mad rush after church to attend the always stimulating Religion in anime panel. I checked out the state of anime panel before heading out the Red Lion to check out the dealer’s den and artist alley. Both were cramp and a big turn off for me. Limited offerings in the dealer’s den did very little to encouraged me to buy. I hung around and caught the showing of Summer Wars in the video room. I missed part of it due to a misunderstanding with the schedule. Summer Wars is a nice cyber science fiction OVA movie. One day I may try to the full movie. The I caught the end of the Cosplay contest. Then ate dinner at Joes Crab Shack; Joes was a bit expressive but yummy. Finally settling in at the late night AMV viewing before calling it a day .

Went in early to catch my Otaku over 30 partner in crime’s Teaekwondo demonstration. Then lounged around or taking pictures until the Otaku over 30 panel which I host. There was a good number in attendance. There was not much in the way of pannels I wanted to attend. I went to the closing ceremony then rants and raves session before calling a successful Kumoricon 2011.

As for pictures I decided to do something different, especially after Orycon and Kumoricon where I was not satisfied with the results of my digital point and shoot. I dusted my 35mm SLR loaded up a few rolls of file and start shooting aging. I need to be relearn some principals of film photography like remember to use filter during the evening. I am quite satisfied with the results.

The Good:
I love the new hotel. Unlike the Portland downtown Hilton, the staff was very friendly and helpful. It also helps to have the convention of to one side of the hotel; this prevented a mass of humanity clogging the lobby. This left the lobby and bar a nice quiet place to lounge. Can’t say much for the Red Lion, time for a remodel folks. It also nice to have a near by park for Cosplayers and other attendees to have and outlet to go to. I feel there one the problem with the downtown Portland Hilton.

The Bad: Cramped Artist alley and dealer’s den. Another issue it the scarcity of nearby food options. Oh yes there Joes, subway , but one need car for other fast-food, casual dining options. Expect for the hotel Fine dining is non existent.

The Ugly: The call out for the chair often used as a prop during the cosplay contest was amusing for a while. Think of the call out meme for the stage ninjas. Still I felt it was poor taste for the Cosplay staff to allow all the votes for the hotel chair as the winner of audience choice award. The staff really screw the pooch with that stunt. 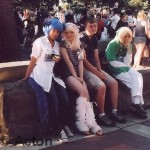 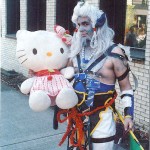 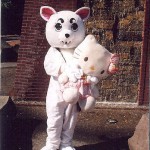 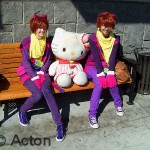 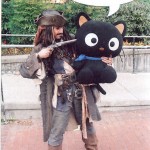 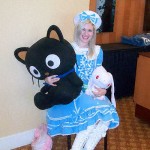 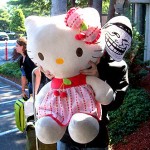 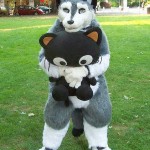 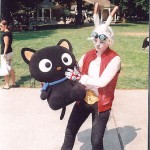 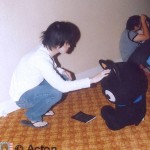 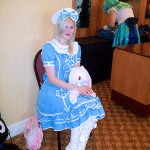 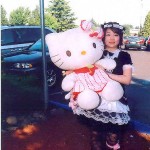 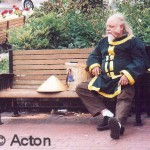 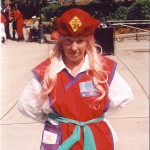 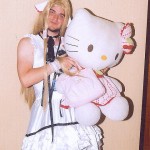 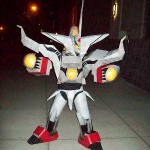 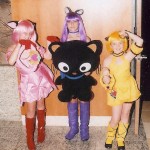 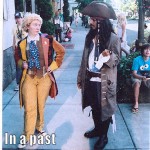