This post is  a response to a question about the future of fan Conventions  in light of  COVID-19.

This is a speculation about the future of conventions if we can control COVID-19. I use my experience as a Sanrio fan.  One option is similar to Hello Kitty Friendship Festival and the recent Hello Kitty Around the World tour. In each case one bought a ticket for a session lasting two to four hours.  Only a fixed amount of tickets was sold per session. The session could have a show, panel, displays and a trip though the dealer’s den.

END_OF_DOCUMENT_TOKEN_TO_BE_REPLACED

Kumoricon 2017 Con Report The Convention:  Kumoricon The Place:  Oregon Convention Center The Dates 27-29 October 2017 Kumoricon is Oregon’s premier Anime Convention. Both  Kiju  Hello Kitties and  Chococat were my companions . Thursday and Friday:  I picked up my … Continue reading →

Anime PDX  is an upstart  anime convention  hosted by the  same people who brought us  NewCon . Travel Kitty, Kiju Kitty 1 and Chococat were my companions.

END_OF_DOCUMENT_TOKEN_TO_BE_REPLACED

Anime  PDX was a one day event, sponsored by Newconpdx  and   on August  6, 2016 at the  Portland Marriott Downtown Waterfront.  I left a little latter because There was not much in the way of panels that interested me.    I brought my Kiju Kitty two to the event.  I still had a lot of fun and attended the Anime Game show panel and the rest of the Lip Synch Battle event.

One the biggest news out of  Anime Pdx is next year Amine PDX will be a full blown three day Anime convention. in 2017. I asked the Chairman about  will it saturate Portland with another anime convention; he made a good point about need a summer con, after  the school year, especially  Kumoricon moved to the fall. Then again Newcon has a heavy Anime  presence. 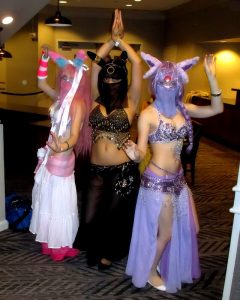 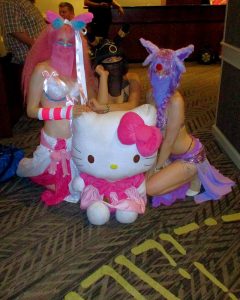 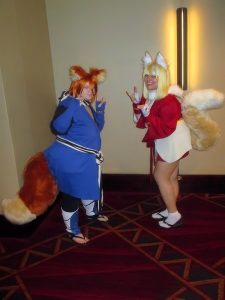