Komoroicon is a Oregon / SW Washington Anime convention, celebration its 10th anniversary. This is my fifth year attending.  My new big Hello Kitty plush accompanied me.

I check in my badge Friday, unlike last year there were no pre-con events. I skipped out of the panelist meeting, and had my glitch with the Opening Ceremony. The room was filled to capacity and I only got in when a few seat opened up.  They had us line up outside the hotel but did the count at the door. The staff should had done a count of the line and station the maid’s squad to mark the cutoff point instead of waiting in line just to learn they are not getting in.  After Opening Ceremony I attended most of the Funamtion Industry panel then try to go the My Little Brony panel, to only find out it was packed. Gasping for air I left and took pictures. Noting an issue number of people I arranged for a last minute mike for my Otaku over 25 panel. I attended the Cosplaying parents before heading off to AMV show and contest.

At 8:00pm I did my Otaku over 25. Last year I had 35 attendees this year I had more than 50. I put in a solid performance but I could have done better. On problem was I realize I need to do all the work rather than posting on line for suggestions. I walked around the con area after dinner, darting in and out of the video rooms before heading home.

After church, I rushed back to the Hotel getting some lunch at the farmer’s market.  I attended the Religion in anime panel.  It well presented but it did not cover any new territory, I may skip it next year.  I took   more pictures and made a jaunt to the dealer’s den. The lay out was improved but only one booth sold any manga. I sulked back to the main hotel queued up for the Cosplay Contest was ok. The best line of the convention was from Kumoricon 2012 Skit: His Butler: A Hobby:

“What-what poor excuse of a person would have nothing better to do with their time than to dress up in a costume just to go to events to meet other people in costume?! “

I went to dinner then went to the Outrages tropes in Anime panel, because the original panelist   was double booked he only stayed half the panel. I volunteered and took over from there.  Then I dropped in on the often renamed panel, before going to the midnight AMV Viewing. I originally wanted to go home by 1:00am but I over stayed because of an interesting AMV set and did not get home till 3:00am.

I did not do much in the way of panels except for anime debate panel. I spent the rest of the day ether in the video room or taking pictures, after closing ceremony I went home for my usual post com meal of Japanese curry watching anime..

Noting special stuck out but a big Bravo Zulu to tech department for a last few hour mike request.  I also like Ninja of the night keeping thing going and defusing a attempt to bring back the char rave.

The dealers den, while I like the new layout, I was very disappointed there was only one manga seller. I was not interested in cheap looking plushies or high price famine figurines.

Line management for main events: first   there should have been a count and the cut off marked so people would not have to sand in a long line just to be turned away. Second the line outside was ok because the weather was fine, but it going to bite Kumoricon in the but if there was a heat wave or rain storm.

Fist I must congratulate Kumoricon for ten years of Anime fun. I enjoyed this year’s convention inspire of some hiccups. 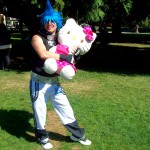 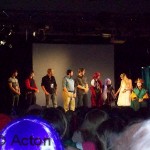 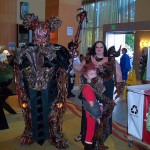 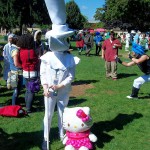 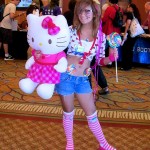 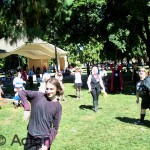 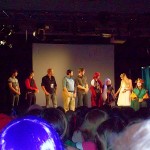 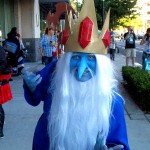 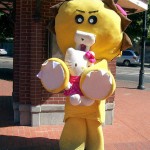 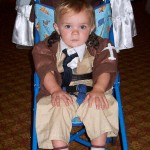 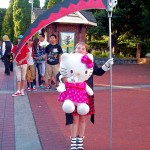 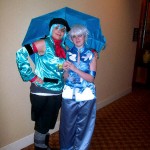 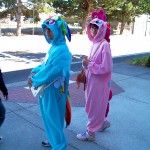 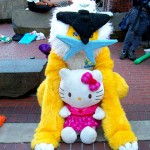 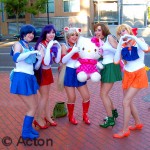 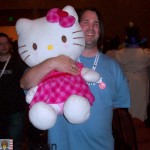 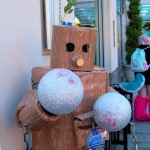 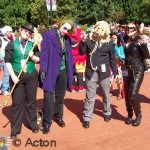 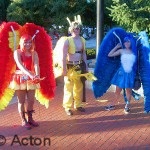 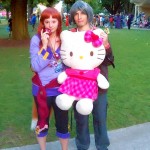