NEW Con is a multi-genre convention covering Anime, Science Fiction, Pop Culture and anything in between. Both my Hello Kitty plushies and Chococat were my companions.

Friday:  It was a blur with my quick trip home to mom in Tacoma, and getting back. I had a few hours sleep;  but  I still overslept  from the time I wanted to get up. By the time I got down to the con peace there was a long line for registration. Furthermore, because of technical difficulties the viewing room was down most of the day. In spite of the problems I still had to have a good time.  The only panels I attended were Pop-Culture and Lolita Fashion and The Last Voices of World War 1: Followed by Gun Display. I attended the Lolita Panel because of my panel I did on Hello Kitty panel and I wanted to get a hand on the Lolita culture.   I Checked out Cards against Newcon, Had dinner then took off around 9:00pm so I can do laundry.

Saturday: I had my traditional Hometown Buffet breakfast, and headed back to the con space. I took a lot of pictures then check out a few panels The Art of AMV creation and Bad Trivia for Bad Prizes 2: Electric Boogaloo. I spent the time touch up on the panels for Sunday. The video room was still down to 5:00pm when Guy brought in his stuff and played Twilight Rfftacks, I went out to dinner then check out the AMV Viewing until 12:00am when I was just too tired to go on.

Sunday The big day:  I got out of church at 12:00 and headed up to look around and set up for my for Stuff You Pod: Free SF on the Net, I only had a few attendees, perhaps the name was confusing, no con book or not broad enough, I need to cover Science Fiction,  horror and Fantasy, the same for Furry 101. Well I can let failure to spoil things I leaned a few lessons, One have multiple people on the panel, it gives somebody to play off of or take over while the other look something up.  I spent the rest time relaxing and taking in the rest of the con. I went out to dinner and came out for the after party, but it got closed down, perhaps some got too rambunctious. I had decided to end convention season 2013 and go home.

The Good:  It nice to have a fan base convention.

The Bad:  Cards against NewCon .  Ok it is an 18+ event but still no excuse for gratuitous profanity.

On that Programming was a disaster, for example the video room was listed for events to 8:00pm and later on Sunday but the Room closed at 12:00pm.

Video room failure; because of technical difficulties a chunk of programming was canceled.

Even with serious graft at the convention I still had a god time. NewCon had doubled its membership form last year.  This is a good sign. Portland needs a fan centric multi-genre convention especially those of us who are involved in Science Fiction to complement Orycon. I look forward to NewCon 2014.

Click below for pictures all my pictures are on a creative commons 3.0 license. 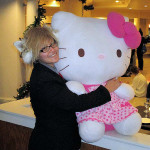 My Kiju Kitt at teh Con 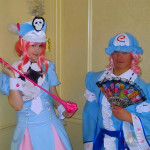 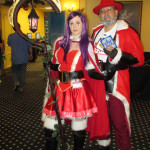 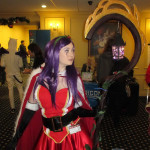 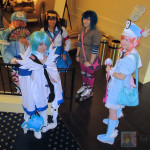 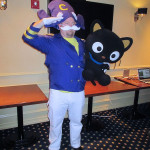 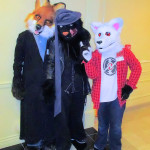 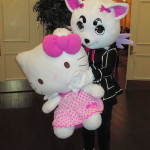 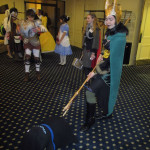 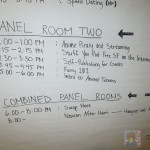 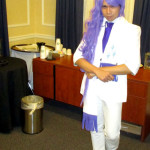 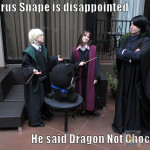 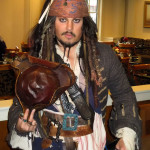 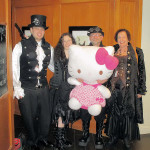 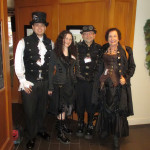 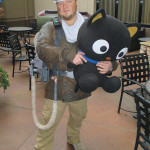 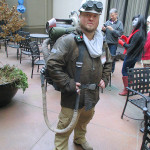