At last I present my long awaited Orycon 33 Report. My delay was due My disappointment with Orycon and Starting a new Job.

This is my 5th Orycon. I looked d forward to this cone every year but this year I left disappointed. Dark cloud started to appeared a few week before when I check the web site when programming was posted; what  struck me there was not much I really wanted to attend and the large amount of professional writers panels but slim  picking for readers and fans.

Because I started a new Job, I decide it would not be right to take Friday Off; after work I went down pick up my badge and attended the opening ceremonies. Next I went to Tiptoe Through the Tardis; it was part panel and part gathering of fans. I left after a while because it was a bit hokey for my taste. I did better at the fan participation of Who line is it. It was very fumy.  Afterwards I retired for the evening

Because I was late to breakfast, I missed some steam punk panels. The day started to shape up as who was not there rather than who’s who at Orycon. The lobby seem no the have that many members hanging around; I did not see many regulars attendees and while steam punk showed their presence, there way only a scattering of other costumers.  I did attend two panes and David D Levine reading. The rest of the time, I was walking around or in the Video room.

I for one attended the Masquerade, Masquerade allow any costumer to show off  in front of Glizlandia and her court.  The contest had a very interesting way of judging costumer participants. Each attendee was given a bead worth one point. The court beads are with more. After presenting their costume, the participants mingle with the audience where we vote for our personal best by giving them out beads.  The weighted bead help prevents a similar fiasco at Kumoricon where a char was audience choice.  Latter than evening I went to the Who’s Line is event, it was hilarious. I caught Guy’s AMV Showing.

Not much to report, I did attend a pod casting panel and Mad Science Panel; a panel that degraded into liberal show their “tolerance” of Bush and conservatives. I had to walk out very offended.

Being able to go and Who’s Line Is It.  David D Levine playing a man devolving into a duck will forever be etched in my mind.

Very poor selection of fan and enthusiast panels: Orycon came across  as being a writer’s trade show  masquerading as a Science Fiction Convention.

The Mad Science Panel; the panel   degraded into a mean spirited Bush and conservative bashing session. Probably the worst panel I ever attended. Programming repose to the question on more fan based panels, his response was a track program would be a nightmare It came across as being my way or the highway. It demonstrates the snuff attitude. 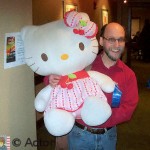 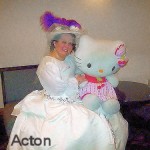 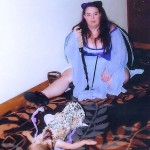 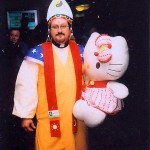 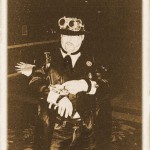 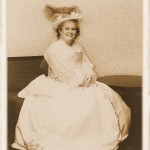